It is certainly a good question. We live in a world where traditional public speaking skills are a little old hat. The idea that we must imagine that our audience in their underwear to overcome nerves or aggressively preach about our brand and promote the company message is just outdated. These simple concepts are as welcome as the colloquial in a space suit. Good riddance. 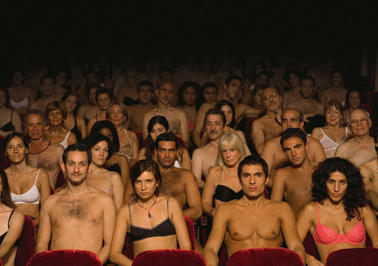 In the article by Kristi Hedges for Forbes entitled, Confessions of a Former Public Speaking Trainer: Don’t Waste Your Money, it would seem that many of the skills have entered into the history books. The so called high level speaking skills which 20 years ago would have given you credibility, no longer cut it. Kristi talks about correct postures being passé and taking away from a speaker’s own authentic presence. Having taught many lecturers and trainee teachers over the years, I have seen that students value 2 things above all from the people who speak to them. A real depth to their subject knowledge and an honesty and authenticity about their speaking. As an audience member at a publicly given speech, we expect the same. So many times speakers prioritise delivery techniques over proper relevant content. This is a negative double whammy. People are put off by ducks out of water and speakers who are using techniques which make even themselves feel and look totally uncomfortable. Like the time I saw a 75 year old speaker walk on stage punching the air with a vocalised WHOOP. Anything the poor guy had to say after that, was lost. 10/10 for effort and what would you give him for authenticity?

Finding ways to speak which make us feel more natural about the message and that enhance what we are saying are so very important. I find by exploring new techniques for speaking, I keep my own approaches fresh and my message is renewed. For example, I read in the book by Robin Kermode, “Speak so Your Audience Will Listen” that if you have a tricky heckle from the audience, it might work to say, “I am entering into this with an open kimono”  When I read this, I immediately wished someone would heckle me! It resonated deeply with my cheeky side. It feels authentic to me. There were other ideas in the book which did not feel natural to me. The idea of learning a speech completely from memory was alien. It is not something I want to do because I want to remain immediately responsive to an audience.

When reading “Ted Talks: The Official TED Guide to Public Speaking” by Chris Anderson, there was a strong case for speaking from memory but then I remembered the talk by Sir Ken Robinson where he talks about “do schools kill creativity?” in the most fluent and connecting way I have every heard.

Sir Ken had a few ideas about what he was going to talk about but nothing beyond that. His speech has had over 47 million views and that is just on the TED site. Clearly he must be doing something right! Ken oozes authenticity.

So is there really a point training in Public Speaking?

I think that a good trainer will identify the way that you communicate and provide you with skills and ideas which best suit your approach. It is something I find that I certainly do for myself. Over the years, I have been like a magpie with my own presentation and speaking skills, taking the bits I have seen and read about which I love or just simply want to try. I have listened to some of the best presenters and gifted performers and tried to learn what might work for me. A good trainer gets to know you and what might work well for you. She or he hunts down those skills and nurtures you by allowing you to try them in a supportive environment. I have met some people who say, “Why don’t people do their own research and find it for themselves?” Well, my response is that we are all human and we love to interact and feel valued. By being coached in public speaking from somebody who gets to know you and guides you with the best, most appropriate ideas which support you, is way more powerful than a bunch of books and endless searches on YouTube. Besides, aren’t we all a little bit lazy?